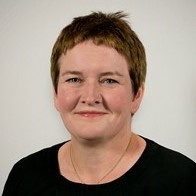 Helen Brand is chief executive of ACCA, the global body for professional accountants, a post she has held since 2008.

Helen has built her career within professional bodies and has considerable experience and knowledge of the 178 markets in which ACCA currently operates. She is a founding member of the International Integrated Reporting Council (IIRC) and now serves as a co-Vice-Chair of the Value Reporting Foundation which was created through the merger of the IIRC and Sustainability Accounting Standards Board (SASB) in June 2021.

Helen is a member of the UK government’s Professional and Business Services Council, and she was appointed to the UK DIT’s Trade Advisory Group on Professional Advisory Services in August 2020. One of the few women to lead a global professional body, Helen is a regular media commentator on the role ethics and the delivery of public value play in business and society.

In 2011, ACCA became the first international professional body to publish an integrated report on its performance and Helen remains a strong advocate for the power of wider corporate reporting. She has also driven ACCA’s pioneering work in supporting the development of the profession across Asia, sub-Saharan Africa, Europe and the Middle East.